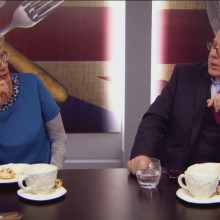 The work of award winning Chesterfield ceramicist Clare Gage was a hit with celebrity cook and food school owner Prue Leith when it appeared in the Central region final of BBC 2’s Great British Menu recently. Clare Gage’s signature porcelain cups and plates were chosen to display the culinary creation of top chef Pip Lacey in the popular professional cooking competition. Pip presented a chiboust cream flavoured with scone, apple and pear jam and clotted cream ice cream on plate from Clare’s range and a cup of tea served in her signature cups, – to Great British Menu judges –
Read More 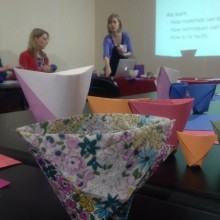 Develop Your Design Skills with the Creative ‘Hacking’ Workshop

About this workshop: Award-winning ceramicist Clare Gage will guide you through this two-hour workshop aimed at learning new craft skills, developing your design ideas and creative ‘hacking’. Clare is a Chesterfield-based ceramicist. Her signature style fuses textiles and ceramics to create unique pieces. Her work has recently been showcased on BBC 2’s Great British Menu with her signature cups and plates being used to display top chef Pip Lacey’s culinary creation.  And now, Clare brings her skills to this one-off workshop. Clare’s way of teaching is to work on the idea of ‘hacking your craft skills’, taking a standard technique
Read More 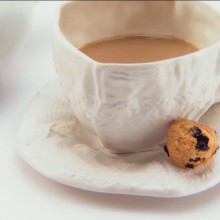 ‘Is it a scone or scone?’ Family Sweet Scone Recipe from Clare Gage

In celebration of my cups and plates being showcased on the Great British Menu I thought it would be nice to share our families Sweet Scone recipe. It is a really simple recipe perfect for a ‘bake with the kids’ or a quick and easy make for a family gathering. We would love to hear from you about how you get on with on with it. Remember to ‘like’ us on Facebook and ‘follow’ us on twitter and don’t be shy to share your home-made creations. Sweet Scone Recipe Ingredients 2 cups self-raising flour 2 oz chilled
Read More 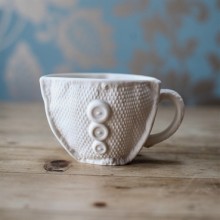 The work of award winning Chesterfield ceramicist Clare Gage will be showcased on BBC 2 this week, when it appears on The Great British Menu displaying the culinary creation of top chef Pip Lacey. Pip Lacey, head Chef at Murano London, Angela Hartnett’s Michelin starred restaurant in the Heart of Mayfair, is one of 24 talented chefs who are in competition to cater a banquet which will celebrate the centenary of the Women’s Institute at London’s historic Drapers Hall. Pip used the plates and cups and saucers from Clare’s range to display her dessert course – ‘a play on scones’ – to
Read More 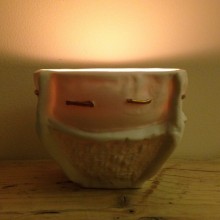 If you follow Clare on Facebook you will find out all about her special Christmas gifts which she will be running in the weeks leading up to Christmas this year. Here are all the details of the previous offers. They are still available to order until the last order date which is Thursday 18th December for standard delivery and Sunday 21st December for express delivery. Personalised Heart Decorations Choose any short message for the front. The beautiful woven textile texture will be on the back of the heart and all come with ribbon to hang. Why not choose some festive
Read More 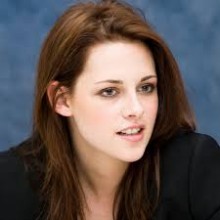 Kristen Stewart talks about her love of handmade craft It was interesting to hear that Kristen Stewart has chosen to take a break from acting and has said that she’d like to “make some [stuff] with her hands.” Perhaps she’s going to try her hand at pottery! I think it’s one of the best ways to make things with your hands, it’s my favourite handmade craft (although that is a very tricky decision for me!). I love to work in clay because it’s such a hands-on way of making things. You have to get your hands dirty, literally! Kristen has been
Read More 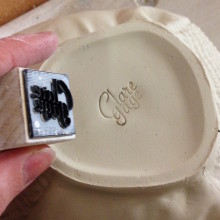 Clare gets back to her craft!

It’s been a busy year so far for me for one main reason, my little boy Peter! Peter arrived in December, just before Christmas so the start of the year passed in a blur. Now things have settled down and I’m ready to start making my designs again. I’m really excited to be getting my hands covered in clay and working on my craft again. I’ll be restocking all the designs that have been steadily moving off my shelves and off to the post office in the last few months. The first design which needs stocking up is the Patchwork Vase.
Read More 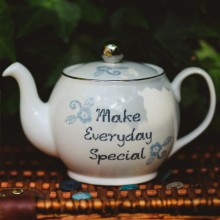 It’s not quite time for Clare’s new arrival yet (we’ve a few more weeks until baby makes an appearance!) but there are a few new additions to Clare’s range that are now available from her website. Just in time for Christmas gift shopping! Introducing the Make Everyday Special range Clare’s new range celebrates the joy of everyday activities. Enjoy taking time out of your day to brew a lovely cup of tea from the beautiful new teapot. Then settle down with your cuppa in the Make Everyday Special Bone China cup. Snuggle in with the delicately decorated cushion, a beautiful
Read More 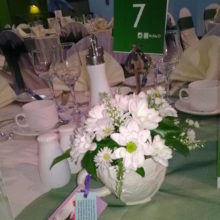 Clare has teamed up with Created Gallery to provide the centre pieces for tonight’s Chesterfield Food & Drink Awards. Here’s a pic of the Lace Cup looking lovely! It’s great for Clare to be involved in the fabulous event celebrating local food and drink businesses. Destination Chesterfield has organised the evening and local people have been voting for their favourite restaurants and food suppliers. Clare’s cups were the perfect quirky centrepieces for the event as they fits the foody theme!
Read More 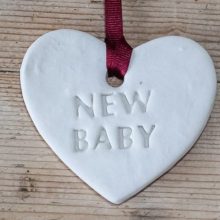 Here’s a bit of an update from Clare: Those of you who have read the recent Homemaker magazine interview may have spotted some interesting news in there…I’m expecting a baby! My husband and I are looking forward to welcoming our new addition in late November so it will be a busy Christmas time for me again this year but not from attending Christmas shows. In fact this year the best place to buy Clare Gage designs is my website www.claregage.com. You can also use notonthehighstreet.com/claregage or if you are lucky enough to be near Chesterfield then call in to Created Gallery which will
Read More