Clare has won the title Craft & Design Selected Silver Award 2009: Ceramics All of the Award Winners are being announced in the September/October issue of the magazine and on the website. There will be further coverage of the awards in the January/February issue. Many thanks to all of you that voted. 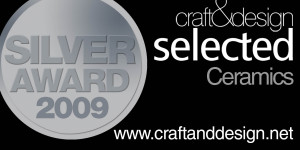